The Chief of Army Staff, General Bipin Rawat, was inducted into the International Hall of Fame. This Hall Of Fame belongs to his Alma Mater’s Command and General Staff College in Leavenworth in the United States. This is just adding another feather in the already highly decorated cap. The General, who is on a four-day official visit to the US, was accorded a military ceremony upon his return to the college. This is his college in Fort Leavenworth, from where he graduated in 1997.

He is also expected to discuss ways of strengthening cooperation between the two countries. This discussion is in regards to tackle Pakistan-aided terrorist activities in the region. Army officials had earlier announced, "The Army Chief will begin his five days starting from (Monday). Firstly, he will meet his American counterpart and hold important discussions on counter-terrorism and cooperation with the US. President Donald Trump had spoken openly against Pakistan sponsored-terrorist and has also cut aids worth 1.3 million dollars last year. During the visit, the Army chief is also expected to discuss the aiding and funding of terrorist groups like Jaish-e-Mohammed and Lashkar-e-Toiba by Pakistan. Earlier this month after India's aerial strikes in Balakot after the dastardly terror attack in Pulwama in which 40 CRPF jawans were martyred, American Special Forces Commander General Raymond Thomas had met General Rawat in South Block and discussed regional security and Pakistan's continued support to terrorism.

"Both the Generals deliberated on the developing regional security environment, issue of global terrorism and Pakistan continued support to terrorism was also discussed" the Army stated after the meeting. General Bipin Rawat, PVSM, UYSM, AVSM, YSM, SM, VSM, ADC is the 26th Chief of Army Staff of the Indian Army. He assumed office on 31 December 2016 after the retirement of General Dalbir Singh.

Bipin Rawat was born in Pauri Garhwal district, Uttarakhand, India. His family had been serving in the Indian Army for multiple generations, and his father was Lieutenant General Laxman Singh Rawat. Rawat is a seasoned military wizard, whose alma mater includes National Defence Academy, Khadakwasla, Indian Military Academy, Dehradun and Defence Services Staff College, Wellington. To top them all, he possesses an MPhil in Defence Studies from Madras University. In 2011, he was awarded a Doctorate by Chaudhary Charan Singh University, for his research on military-media strategic studies.

At Indian Military Academy, Dehradun Bipin Rawat was awarded the “Sword Of Honour”. Bipin Rawat was commissioned into the 5th battalion of 11 Gorkha Rifles on 16 December 1978, the same unit as his father. He has lots of experience in high altitude warfare and spent ten years conducting counter insurgency operations.

He commanded a company in Uri, Jammu, and Kashmir, an infantry battalion in the Eastern sector along the Line of Actual Control at Kibithu, 5 Sector of Rashtriya Rifles (Sopore) as brigade commander, 19 Infantry Division (Uri), III Corps (Dimapur) and was General Officer Commanding-in-Chief (GOC-C) Southern Command (Pune). 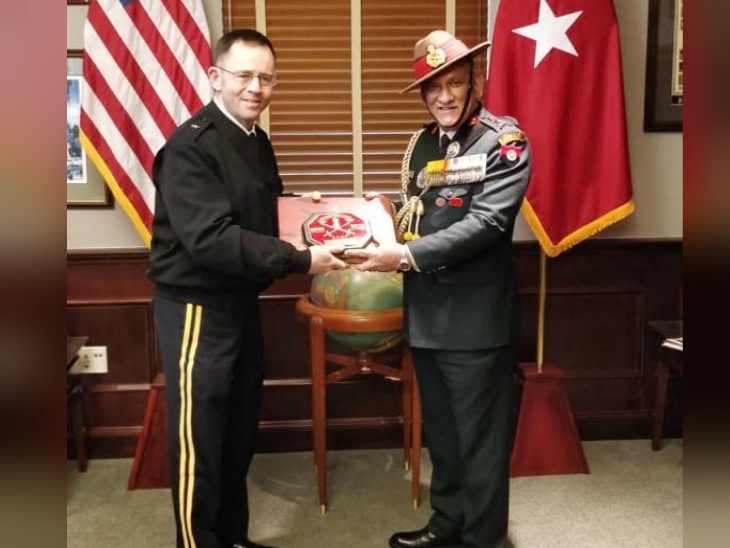 During his career span of 37 years, he has been awarded for gallantry and distinguished service. Awarded with the UYSM in 2013, AVSM, YSM, SM, VSM, COAS Commendation on two occasions and the Army Commander’s Commendation.

Rawat assumed the post of GOC-in-C Southern Command on 1 January 2016 and assumed the post of Vice Chief of Army Staff on 1 September 2016. On 17 December 2016, the Government of India designated him as the 27th Chief of the Army Staff, superseding two more senior Lieutenant Generals, Praveen Bakshi, and Pattiarimal Mohamadali Hariz. He is the fourth officer from the Gorkha Brigade to become the Chief of the Army Staff.

He is also the honorary General of Nepalese Army as It has been a tradition between the Indian and Nepali armies to confer the honorary top rank on each other's chiefs to signify their close and special military ties.

You can also download our official NDA preparation app from the Google play store.

Get latest updates on NDA

Get to know Us
TERMS OF USE
Partner Programs
BE AN AFFILIATE
NDA FAQs
WHAT IS NDA ?
WHAT IS SSB ?
OTHER NDA FAQs
Important Links
NDA Maths Online Classes
NDA SYLLABUS
NDA (1) 2019 IMPORTANT DATES
Why Future Cadets ?
Unable to Login? We are here - futurecadets@gmail.com
shopping_cart Cart ( items)
There are no items in your cart.